Wesley has taken up the bagpipe, and joined a pipe and drum band, mainly because of the influence of the pipe and drum band in Nauvoo. Though he is very much a beginner, and still on the chanter, the band allowed him to march in the parade with some of the pipes stopped.
The kids were all there to cheer on Dad, and got a big kick out of seeing him wear a kilt. 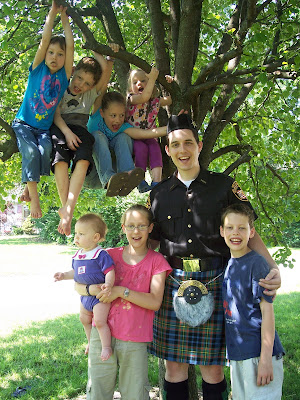 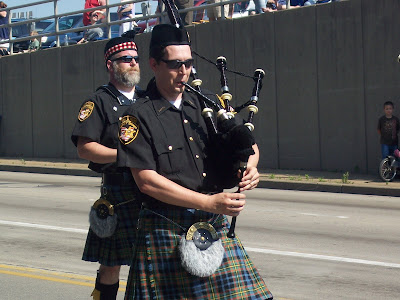 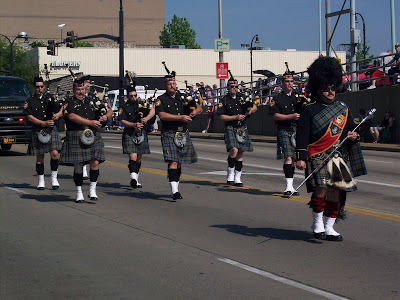 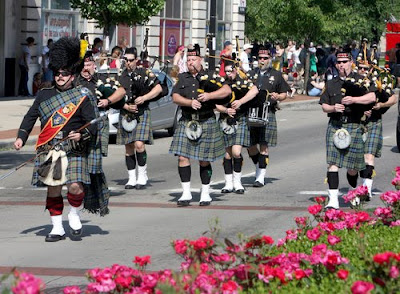