Though we decided to not apply for the pageant in 2013 (The baby is due in a month or so and we will all need the rest!), we thoroughly enjoyed participating in the Yellow cast this year.  There is nothing quite like serving in the pageant cast.  It is wonderful for our family. 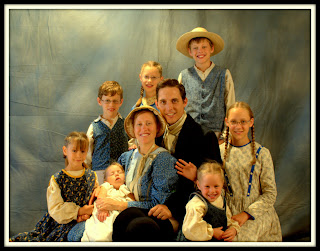 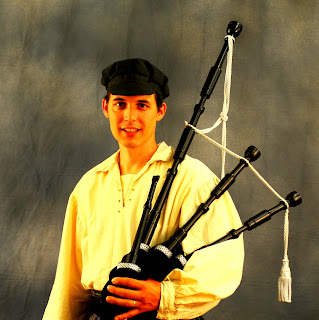 Recently I received a call while at work just after we returned home from a couple of weeks in Nauvoo, and then Utah for vacation.  We were asked to allow a news crew into our home to discuss what it is like in a typical Mormon family.  Though it is hard to say what a 'typical' or 'normal' family is, we were grateful for the opportunity to share.  I was surprised they wanted to come that very evening, giving us just a few hours of notice.  I called Anna and asked her if we could have a few more guests for dinner.  She thought I was teasing her, but readily agreed.

Filming and interviewing for an entire evening boiled down to a few seconds of broadcast, and included other families.  We assumed that would happen.  The producer and camera man were very kind and easy to work with.  We enjoyed getting to know them a little bit and sharing our beliefs with them.

Anna Marie and I recently spent time visiting her parents in Guatemala who are serving as missionaries in the Quetzaltenango mission. Anna Marie's sister flew in to watch the children while we were away. Though we missed the children, we really enjoyed the Guatemalan culture and people. Anna Marie has even asked a couple of times about the possibility of us moving there. I think she was inspired by our good friends the Rosados. After spending 20 years in California in high paying, but high stress jobs related to IT and computer engineering, decided to move to Quetzaltenango a couple of years ago. Though very different from the states, both the parents and the children are happy with the decision. But don't worry...I don't think we'll be able to follow their example anytime soon.

Here are photos from the trip...


Part of what we enjoyed was working as missionaries with Dale and Cynthia. This first slideshow shows some of the people we worked with, as well as a wedding and baptism. The baptism was their first one since they arrived. We were honored to have all four of us participate. I said the prayer, Anna and her mom sang a special musical number, and Dale perfomed the baptism.

These photos of people we met amaze me. Many woman cary heavy things on their head. Cynthia asked one one if she could try lifting the bag on her head. She couldn't move it. The woman said it took two men to lift it on her head. There is another photo in this group of a seven-year-old girl who worked as our waitress at a small restuarant in Panajachel, near Solola and Lake Atitlan. It was a family business that each member took part in. Amazing.

This slideshow is of a museum and ruins we saw near Huehuetenango.

Of course there was nothing that matched the beauty of the new temple dedicated by President Uctdorf this past December.

After a long and treacherous ride up the mountains, we arrived at Las Fuentes of Georginas where a natural hot springs, heated by the volcano, flows into various pools. The pool closest to the source is very hot, almost to hot to be comfortable. It then flows into other pools. The further away from the source it is, the more tolerable it is. The furthest pool is about like a hot tub. I learned that many locals take a cold shower there on site, then jump in the hottest pool, then back to the cold shower repeating the cycle until you feel like you will die. I tried it five or six times and felt great the next day, though I couldn't convince Anna to join me. Due to all of the steam and humidity, some of the photos are fuzzy. It was like a bathroom after taking a long, hot shower.

We enjoyed shopping in the market each day, where everything is fresh, including the meat!


As strange as it sounds, we enjoyed spending time in the Quetzaltenango cemetery. Brother Rosado and his children are seen in the photos as well. They are very honest in their epitaphs. One said, "Here lays a lazy man who would not work in life." It is a very large and old place. We didn’t see 1/10th of the entire place.

The photos of the pink tomb are of Vanushka. The legend goes she was a very beautiful, young, South American woman who was murdered by a jealous woman. Her tomb has since become a shrine for people with love difficulties. People write messages and leave things hoping Vanushka can solve their problems and help them find true love. It reminds me of letters to Juliet.

2012 Cast of the Nauvoo Pageant

Yea!! We were accepted to participate in the 2012 Cast of the Nauvoo Pageant! We are very excited. Now, if only we can find some friends to lend/rent a camper we could stay in for the two weeks...

You are invited!
No comments: